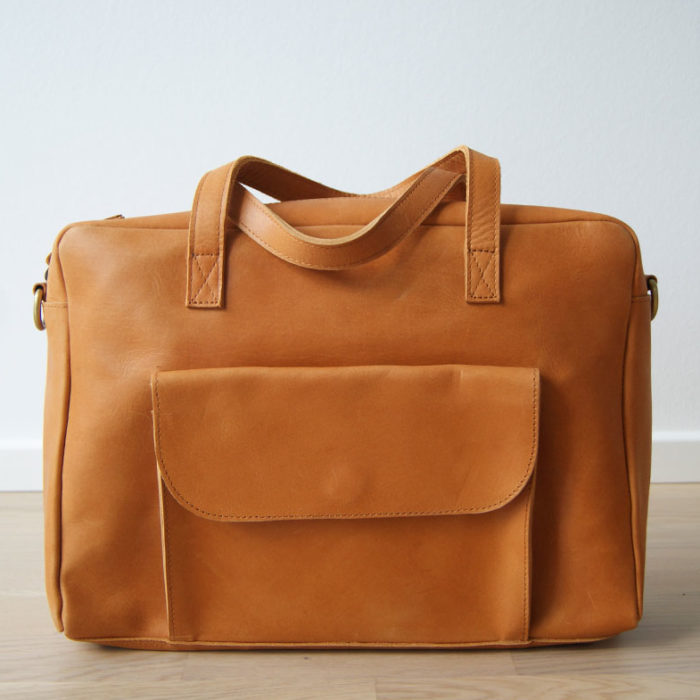 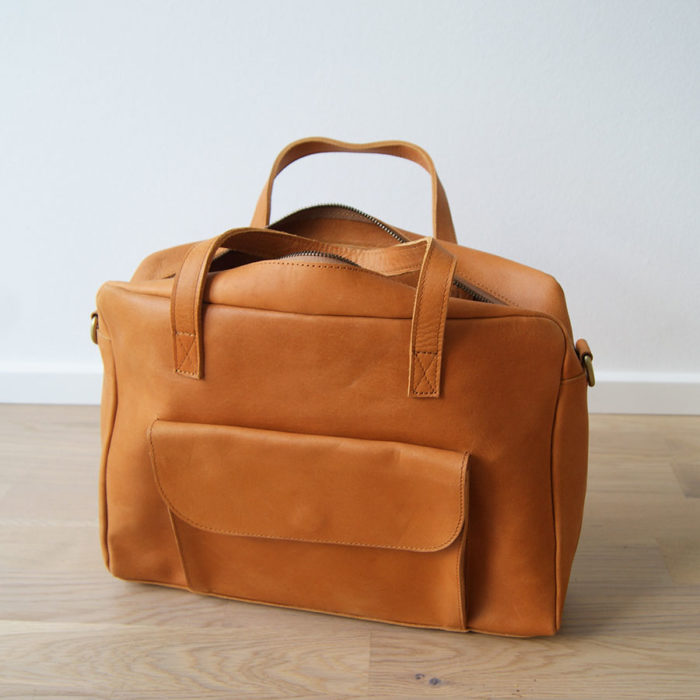 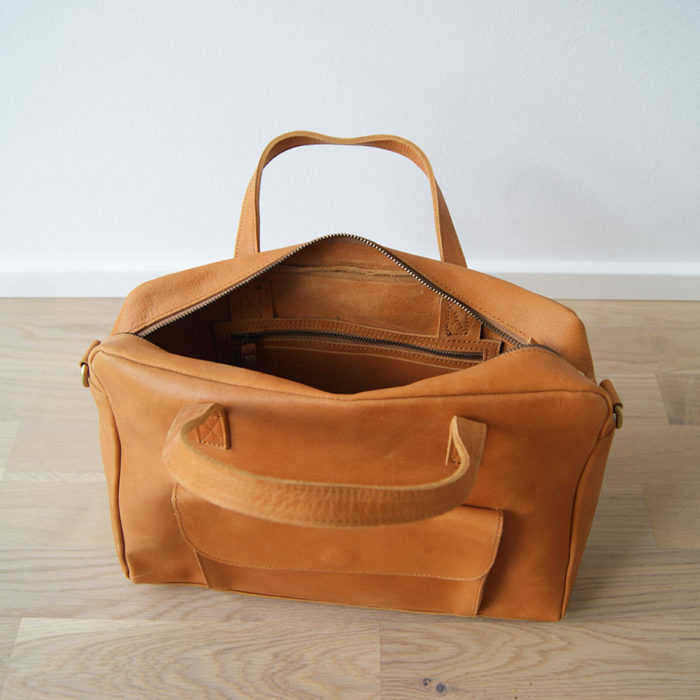 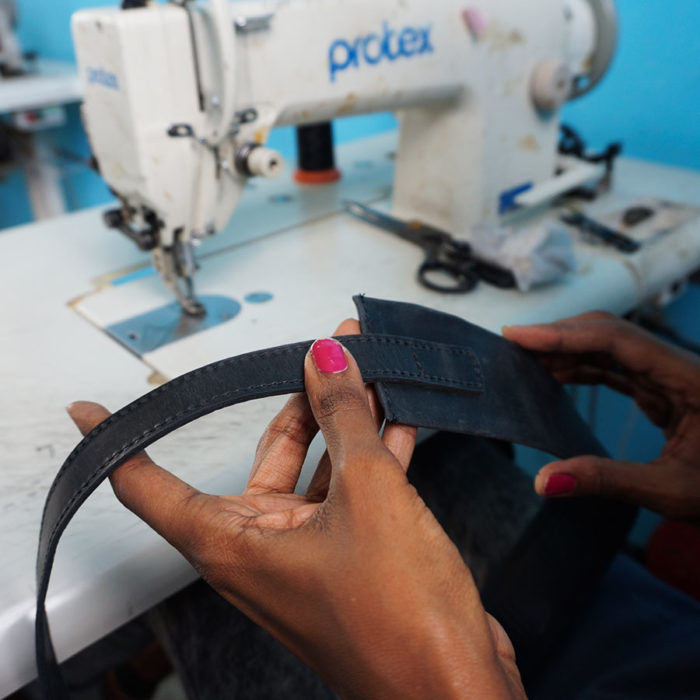 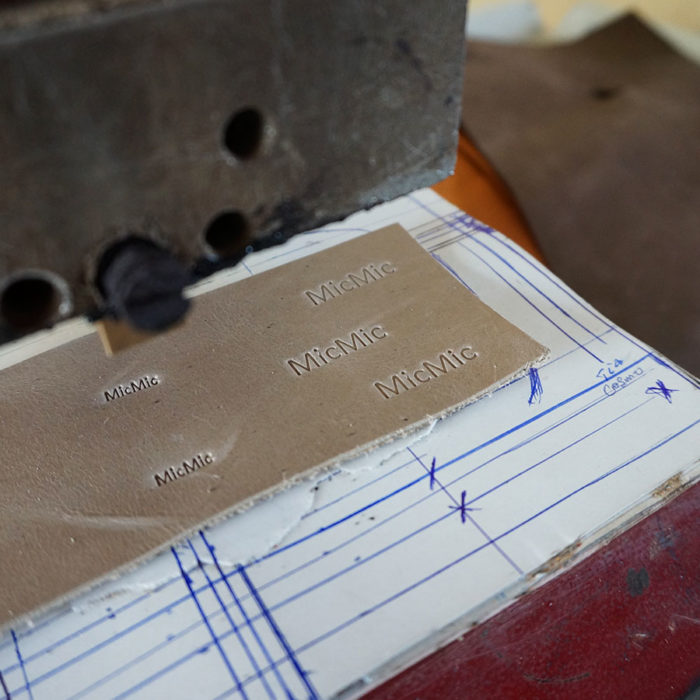 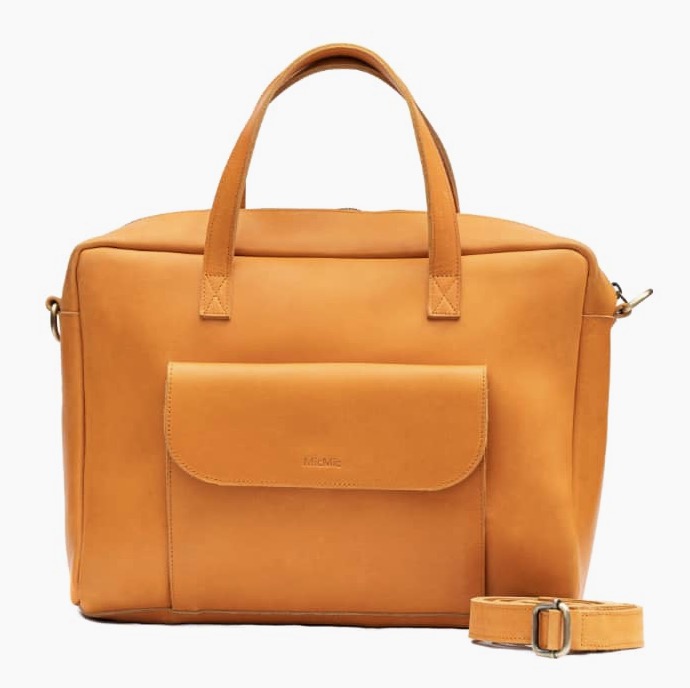 This beautiful bag has a large compartment that closes at the top of an antique-colored zipper. Inside the bag there is a pocket where you can store small items in the smaller open space, as well as in the room with a zipper, for example. money, calls, mobile and similar necessities.

The bag has an adjustable shoulder strap, so it fits all sizes and wishes. In addition, the strap is detachable, so the bag can be used as a handbag.

This everyday bag can hold a 13 ″ computer or necessities with similar dimensions.
If you are in doubt about the spaciousness, you are always welcome to contact MicMic so that we can measure whether a particular item can be in it.

This soft cognac shoulder bag is sewn in high quality leather from Ethiopia. The leather gets a nice patina when the bag is used - in fact, it only gets nicer with time.

As a natural result of a handmade process, small variations may occur on each bag. This ensures you a unique product and is just a sign of quality.

Danish design for any event

This leather bag is designed in Denmark by the woman behind MicMic. It has a retro look with a modern twist.
The bag is perfect for both work and school, but also a small weekend trip or similar.

This bag is available in 5 colors: True, brown, olive, black and this one in cognac.

Cognac shoulder bag and crossover bag - about the name

Most of my styles are named after foreign areas or cities, but the Elba bag is named after the road I live on.
Although I like to travel, learn about new cultures and meet new people, I also like my little apartment on Amager incredibly much.

My Amager adventure started when I moved to a dormitory right by beautiful Amager- and Kalvebod common. Besides being completely crazy about the idyllic surroundings, it was also at this college that I laid the foundations for MicMic - I set up the company, designed the first styles and made my first website. It was also here that I got my first delivery, and even though it was not very big, the 5 cardboard boxes filled the floor space I had in the room!
Later I moved into an apartment closer to Amager Strandpark - the 4 km long artificially landscaped beach.

I love that Amager offers everything from cafes and shopping to scenic areas and beautiful beaches. The Danes are opening their eyes to the beautiful island, but this has certainly not always been the case.

The history of the island

In the years 1515-1521, King Christian II invited the Dutch to Denmark to develop Danish agriculture. They were lodged on the uninhabited Amager - in Dragør - to supply the Danes and the court with dairy products and vegetables, and then they also received a number of economic benefits.
Since the 19th century, Amager has also struggled with the term "shit island", which still sticks to this day.
The term originates from the time when Copenhagen's latrine buckets were picked up in a horse-drawn carriage and dumped on Amager.

But in the 20th century, Copenhagen began to spread on Amager, and since the 1990s there has been a rapid development on the island. Many new and recreational areas have been built such as. the modern "Ørestaden" and the ski slope "CopenHill".

I am sure that Amager will only get a higher price in the future, and there is nothing to say about that!