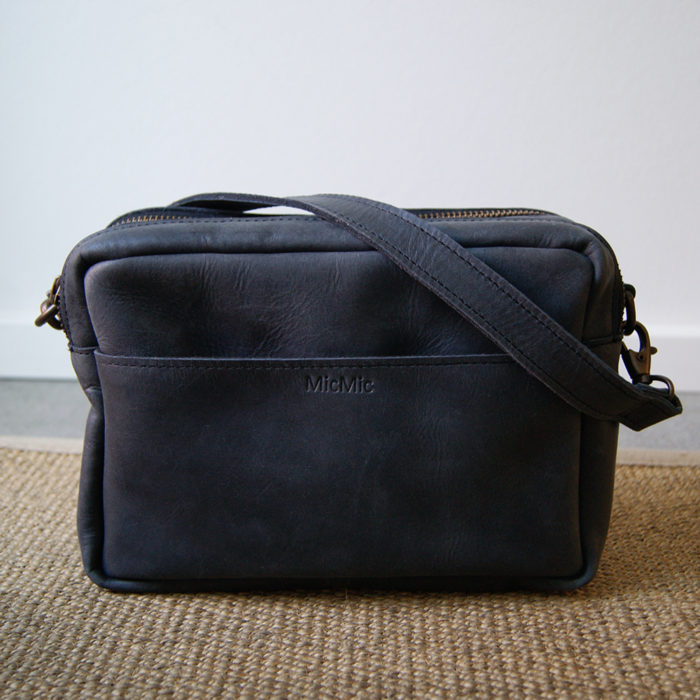 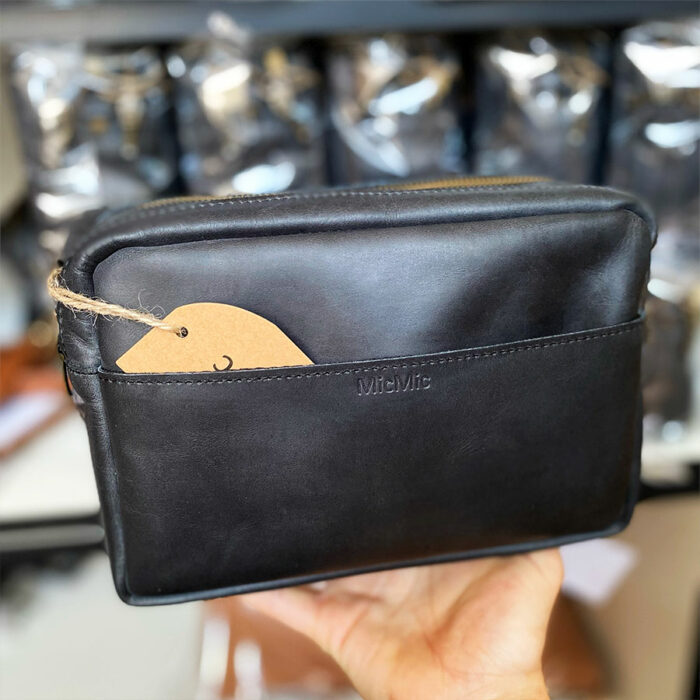 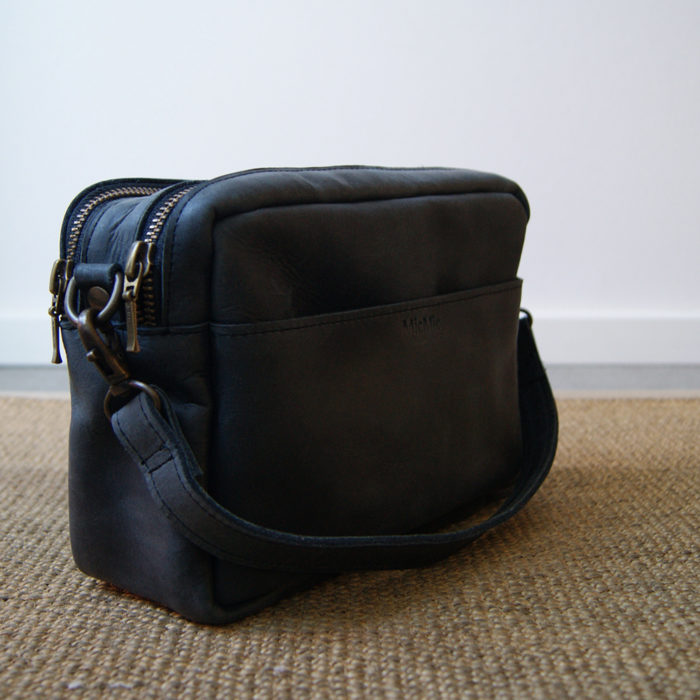 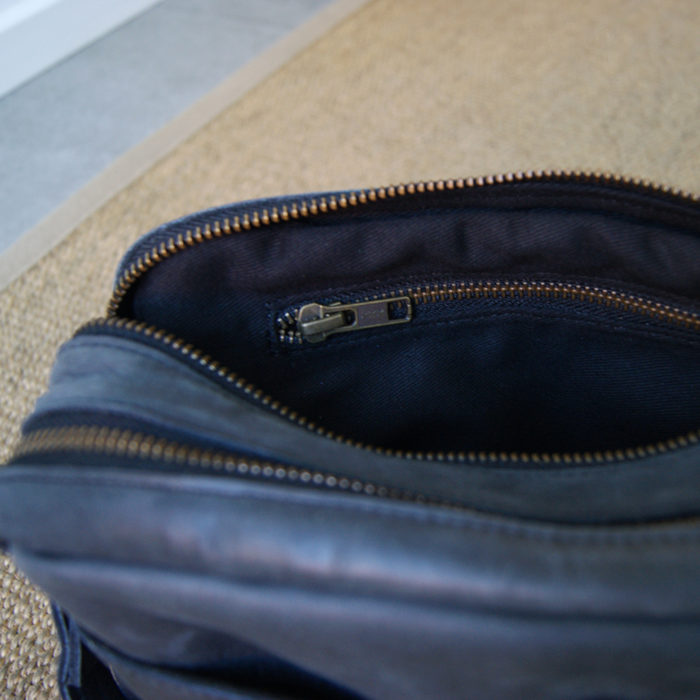 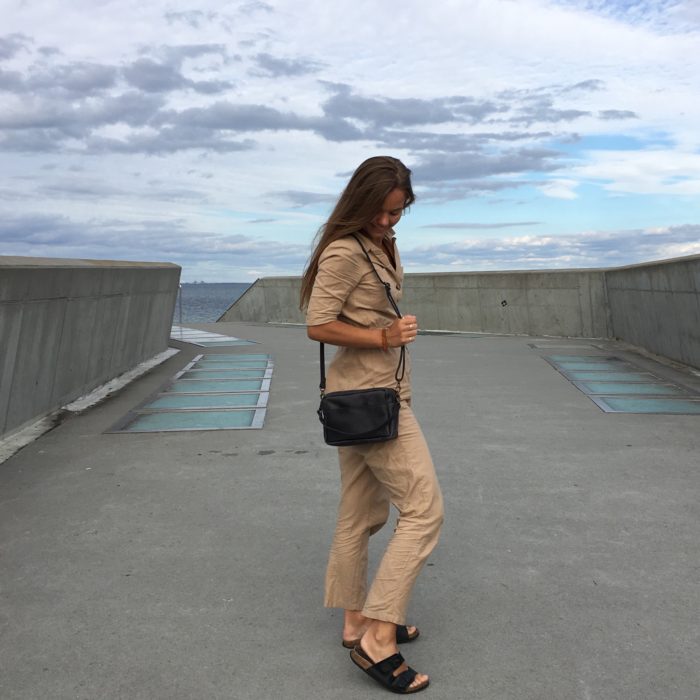 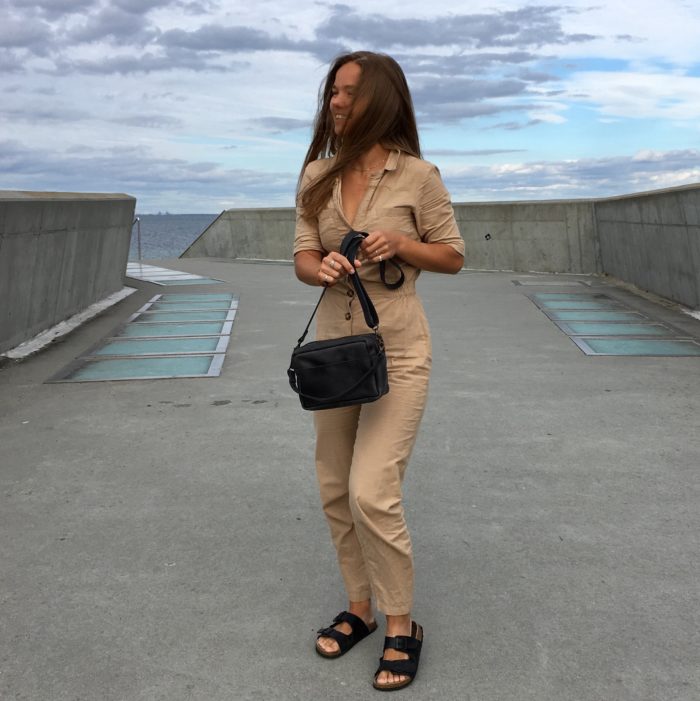 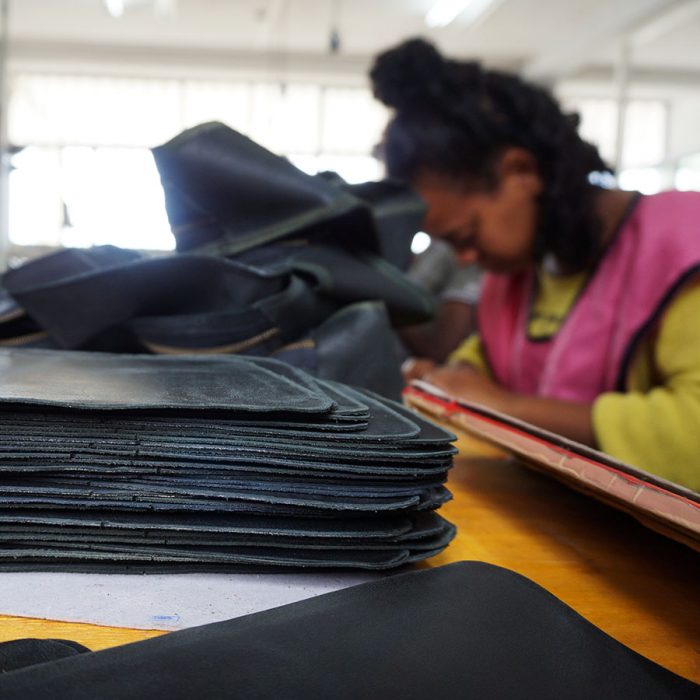 This nice bag has two large divided compartments. Inside both of them, there is again less space.
The bag comes with one short strap and one long strap. The straps are simply put on the bag with buckles, so they can be easily taken off and on, exactly as you like.
In this way, the bag can be used as a handbag, shoulder bag and clutch.

The leather is from Ethiopia, and is of the highest quality. It is thick and durable, at the same time it is very soft: that is, the bag can easily be "pressed together".
The leather is tanned and the bag is sewn at our largest facility in Ethiopia - read more about the collaboration right here.

The bag is sewn in untreated leather. This means that the surface and appearance of the bag will change over time. It is normal for the bag to get marks and patina when you start using it - this is a desired and natural effect, and exactly what makes your bag special.

To extend the life of the leather, we recommend wiping your new bag with a clean cloth and then applying a protective and caring impregnation. This can be repeated approximately every three months, depending on how much the bag is used.
It is recommended to protect the product from direct sunlight, heat and a very dry environment.

Crossbody bag, Ella in black - About the name

To me, this crossbody bag gives 'beautiful' a new meaning, completely like the village Ella did.

Ella is located 1041 meters above sea level in the central part of the Sri Lankan Highlands.
Previously, Ella was just a small spot, but in recent years the village has grown enormously in popularity - with that said, there are only 3-4 streets where there are actually buildings. Most of all cafes and guesthouses, aimed at the many visitors.

The area around Ella

The surrounding countryside is stunning! It offers tea farms, waterfalls, mountains, beautiful scenery and old train tracks.
Around Ella we also got to bathe in waterfalls, and went for walks with unforgettable views. Among other things, we went up on Ella Rock. As the name suggests, it is a giant rock one can climb. And I'm not saying we got lost on the way up there and got to visit a couple of local cabins on the way - I'm just saying we might have spent a few extra hours on the trip! But the view that awaited us was worth it all. We could see beyond the mountains, small villages in the valleys and the wild nature.
From Ella we also went to tea factories and learned how the tea we drink at home is made.

Of course we also visited the city's beautiful Nine Arch Bridge. The bridge was built in the late 19th century during British colonial times - but not by the British. It is said that they got help from a local who offered to build the bridge both better and cheaper than they themselves could. Although the British accepted the offer, they were obviously doubtful about the quality, so when the first train had to cross the bridge, the local 'engineer' was ordered to lie under it. Fortunately, he had built a solid bridge that still looks great to this day!
The local man is said to have received the excess budget - but now I do not quite know if I believe in it.

And now we'm talking about trains; Ella is also the terminus of the train route, which is said to be one of the most beautiful in the whole world. Of course we were on the train to Ella, and we can only confirm that.

In Ella we also got a cold beer every night, more the heavy eyelids could not cope.
It was really a great experience, which is also why this beautiful crossover bag and clutch is named after the city,
Hold up a really, really nice place - we loved being there.

Be the first to review “Crossbody taske i læder, Ella sort” Cancel reply