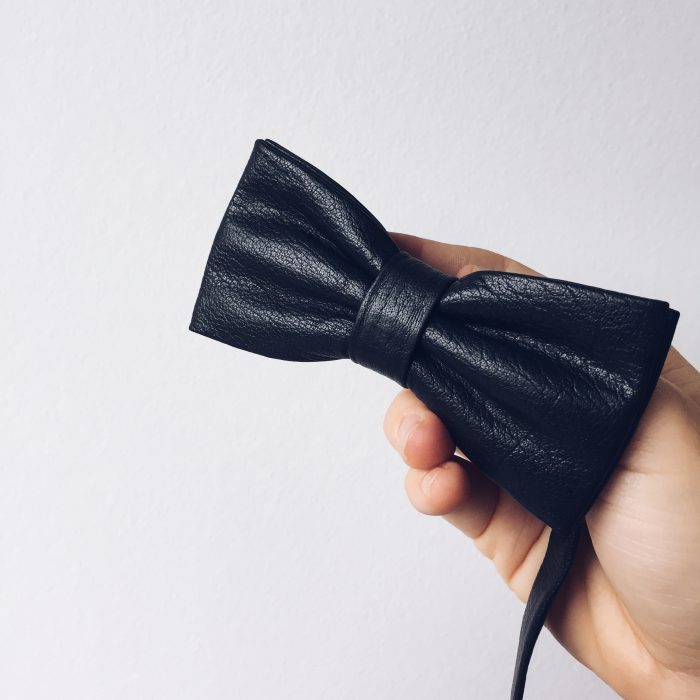 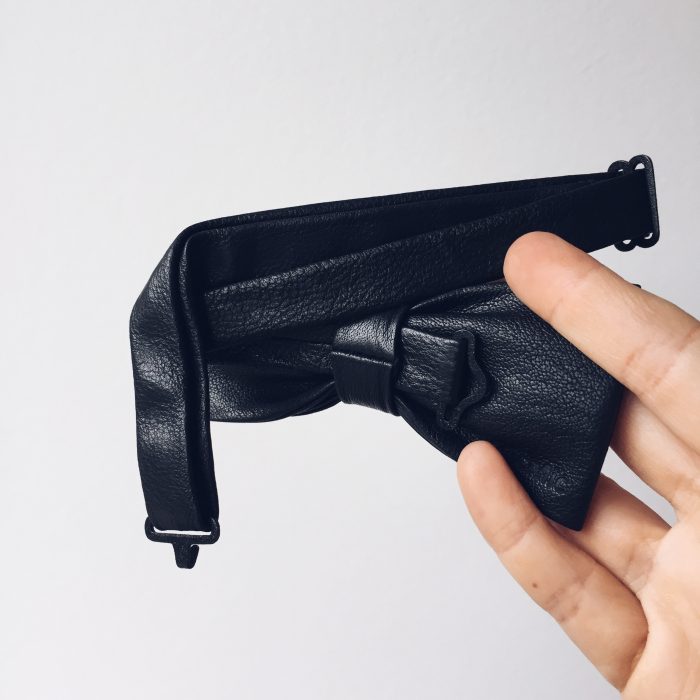 Unisex butterfly made of leather.
Cool and classic if you ask us :-)

The size can be easily adjusted just like on a regular butterfly.

My parents moved to Nairobi, the capital of Kenya, in January 2014 - I even visited the country for the first time in April 2014, and it was here that I first got to know the beautiful Masai tribe.

The Masai are one of Africa's largest and most famous tribes. They live in southern Kenya as well as northern Tanzania, and are especially known to be biting warriors; they often live by the very large nature parks - and it is a great honor for a man to kill a lion!

In addition, they have very distinctive tribal outfits. They are 'twisted' around the body like a blanket, and the most important and most used color is the deep, and stunningly beautiful, red color. They are also known for being the tribe that best sticks to their traditions.
In fact, governments have long tried, and still do, to get the Masai to drop their traditional lives and instead settle down as modern people - however, they have been good at fighting back. One of the traditions, for example, is that men may have several wives, but they must have a cottage in each their village. They also have a traditional dance, which means that the men have to jump - the men who jump at most are considered the most attractive. Wealth is also not calculated in money, but instead in wife and cow quantities. This means that the more wives and cows you have, the richer you are as a Masai - it may sound a little funny (and unsustainable) to our ears, but it is also very remarkable. And the cows are generally really important to the Masai, as they live on their blood, milk and meat - therefore the number of cows represents not only wealth but also power, if you have many.

These butterflies are of course intended to make the Danish men just as attractive as the highest-jumping Masai - therefore they must also be christened hereafter!

Unfortunately, I do not have any private photos of the Masai costumes, the tribe or the Masai market - I obviously did not think about that when I was in Africa. Normally I would have chosen another name that I could show good and personal pictures of. But I did not want to change the name in this case as I just think it is absolutely perfect for the product!
I hope you think so too.

Be the first to review “Masai, butterfly” Cancel reply